Monday’s often the worst day of the week for most of us – isn’t it? …however I think it is in some ways the best day of the week… As one weekends adventure goes to rest, so the next one must be spawned! Hatching plans (when you have the spare moment) helps you get through this hardest of days. Monday’s are tough, you are nearly always tired, you are at work, you don’t want to be there and you need to recover that body and start preparation for the next weekend’s adventure…

A few people have suggested that I do a write-up on some of my recent adventures, journey’s and little challenges that I have been doing over the last year, so whilst I sit here nursing a broken rib (which is stopping me from getting out!), its a good time to reflect and do a little blog about the general moment with some pictures to bring it to life…

I have taken some pride this year in doing virtually no racing, which may seem odd to my fellow racers. So apart from the Three Peaks Yacht Race that I got press-ganged into and just a couple of Open 5s, that’s it really, no major races. Previously in my sporting life, well in-fact almost all my life in the last two decades (family stuff aside) has revolved somewhat around the racing, in all its various forms and guises. As the years have gone on and you get older, your perspectives, motivation and abilities change and you must adapt with these, mainly just to stay sane, healthy and injury free. But even as you mature and the hunger for the ‘killer thrill’ may reduce, the appetite for exploring, adventuring and challenges is often still there.So how does one satisfy ones appetite for challenge, adventure and exploration without the races…?

Well then… I have had a few ‘biggish’ things on the ‘back-burner’ for quite a long while now; these are just personal challenges to me (for example: Southern Upland Way Non-Stop Bike-Pack, Lakes and Dales Grand Tour Bike-Pack, Winter Solo and Unsupported Bob Graham Round, Trans Verdon Non-Stop VTT (Velo Tout Terrain), Route-de-Grand Alpes Ride, Trans-Iceland Bike-Pack and a few others tucked away…). In between these and in my ‘normal routine life’, I also fill in the gaps with some more spontaneous ‘micro-adventures’ often around the drum-beat of the working week, to take out the monotony and to cut out my long commute home. So say, just for one night I would stay in the woods or fells of the Forest of Bowland, which is nearby to my work and is a beautiful unspoilt place to discover and explore and be at one with nature. 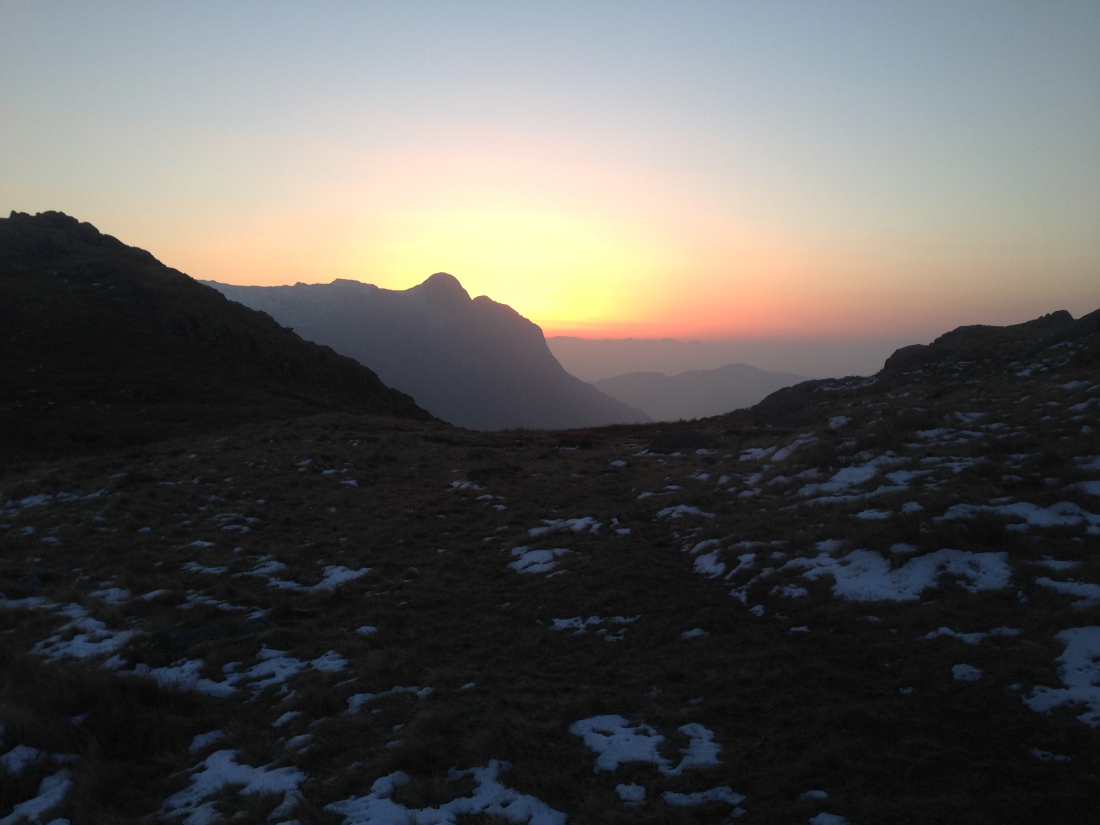 Also my love of the all-night adventure is still super strong, a throw-back from those big expedition Adventure Races. Being out at night time brings out a whole different perspective on things. Your body’s feral senses adapt to these, whether it is on a long distance non-stop ride or just a wee bivvy out, either way if the night sky is clear, it is a stunning experience and will cost you nothing and provide long lasting memories. The full moon is a particular draw for me, and I never miss a full moon night if the sky is clear – No apologies, it’s like an addiction.

One of my favourite places!

So in the last couple of years my bike(s) – both road and mountain have been the mainstay of most of my recent adventures, it allows you to undertake great distances with relative ease and with the bike you often make those interesting discoveries of little new places sometimes just to make a mental log of and revisit later with more time to properly explore. There is so much to see out there and it is often just doing that special journey, creating a bit of time to do it in between all the other stuff in life…

Running has been less prevalent, but earlier in the year I enjoyed a couple of Bob Graham attempts, whilst my primary ambition was to do a winter un-supported solo round (only ever been done once before I believe – maybe more on that later…), my secondary ambition was to have a good night time adventure in the mountains. 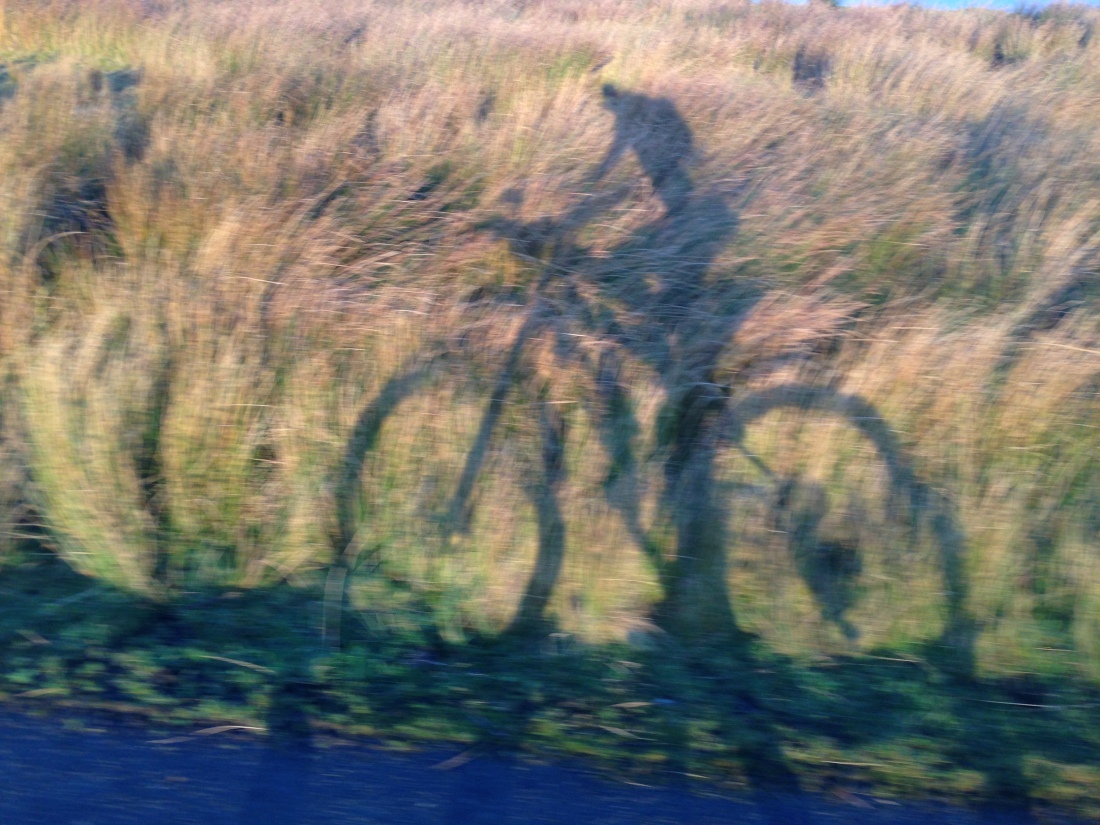 I now find that the recovery time from a run takes so long, I still enjoy running very much, but it is hard on the body and to me the body is like a machine with a finite life – I compare it to the aircraft I work with, aircraft are all given a ‘Fatigue Life’, so if it is used hard, its working life is reduced… So I am conscious of still wanting to do stuff in my more senior years, without the need for too much in the way of repairs and maintenance…So I have adapted my sports as best I can, so I still run and I still race – but perhaps not the tough little ‘balls-out, smash-fest’ ones (aka BOFRA style!).

Being abroad also adds to the spice of adventure in a really big way, as things are often done differently and the climate is usually different, this brings in more interest, more excitement, more anticipation and more thrill. So make sure that on any foreign visit you try to pack the running shoes as a minimum and plan in a little something – get a local map.

For the Pilkington family this year, Morocco provided the backdrop for adventure runs and family treks. Morocco is surprisingly close to the UK, but is so different to anything else nearby. Being a map addict is useful and can help in making the adventure more successful, I like the challenge of poor mapping (like in Morocco), getting ‘misplaced’ is often much easier (I don’t like saying lost!), but it sometimes brings about other surprises and discoveries. In general and in my opinion local people are often keen to help you find your way, so never be afraid to ask. In certain places a local guide may also be useful, but for me and my family I like to be that guide. That said, a local guide can provide those ‘cultural’ connections that don’t come out when you are on your own and they usually know the terrain and conditions intimately.

If you ever get to Morocco, try and plan a visit to Imlil in the High Atlas Mountains, it is a very basic, little mountain village and the main gateway and start point for the Jbel Toubkal trek – Jbel Toubkal is the highest point in Morocco and in North Africa at 4116m. It usually takes two days and is a pilgrimage for many, with most staying in the crowded mountain hut at 3100m, which is where the mountain becomes a ‘proper’ mountain! I made an attempt on Toubkal this year on our holiday, somewhat spontaneously, with very limited time (heading out at 5.30am and aiming to get back for a late lunch with the family at 2pm – it was a challenge, but I had seen that it had been done in 6.45hr) and I was going with very minimal kit (i.e. no ice gear), so I thought 8hrs (ish) would be do-able. However I decided to abort proceedings just after the refuge hut – as a vast and quite steep snow slope was looming ahead of me. The mountain had seen quite a lot of late winter snowfall and it was not really a place for trail shoes alone! It was not really a disappointment for me – I had primed myself to expect this, and it was a stunning run to the refuge and I did at least get to glimpse the summit high up there …Something for another time perhaps!

Camp/Kayak on a tiny Scottish Island

Never be too disappointed if your plans don’t always achieve their goal. Just be pleased to have done what you have done and move on and learn for another time. I always have a ‘Plan B’ for things. Adapting and making a sensible and safe call is key, particularly where risk is involved. Experience in the discipline helps, as inexperience can often lead to over-expectation and sometimes an un-safe outcome… 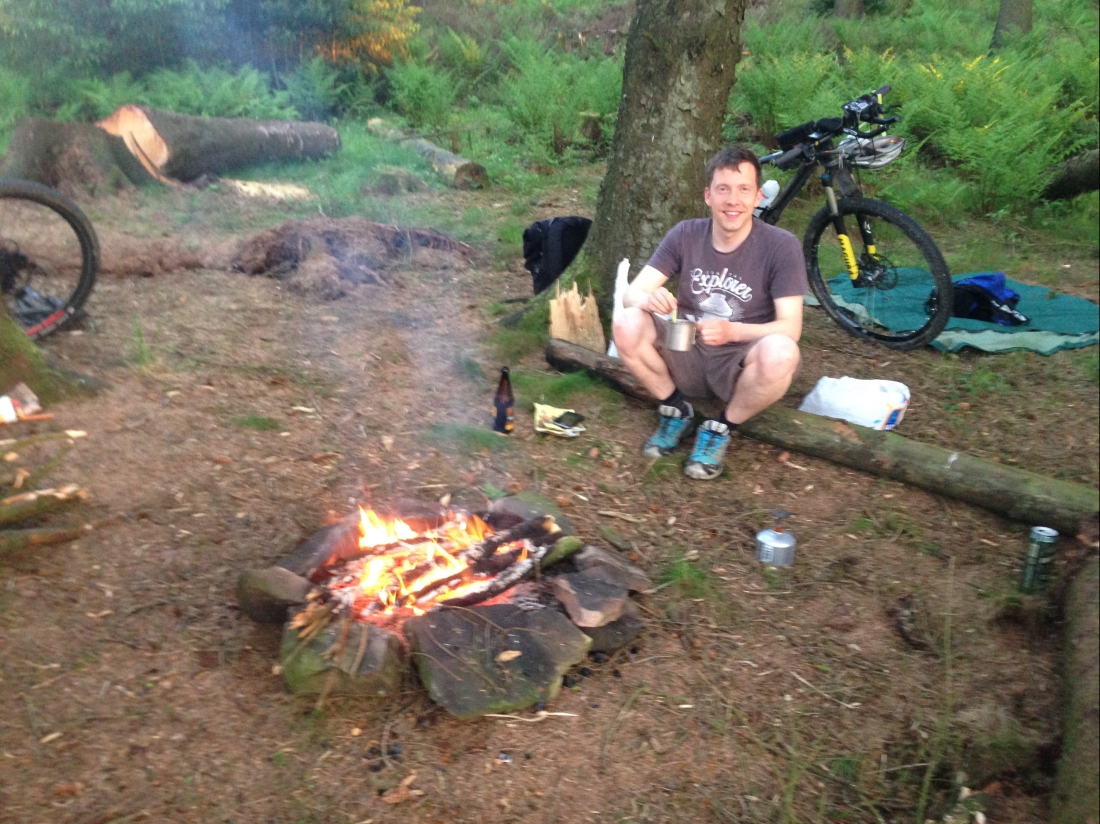 We are lucky and very privileged to be able to do this sort of thing. I sometime think that ‘Less is More’, and I mean that in the materialistic sense. Having good kit certainly helps, I always believe in good kit, cheap kit can also be fine, but you need to know what you rely on most and make sure it is up to the job. All adventures start in the garage, preparing and maintaining kit is critical. E.g. if there is a fault on your bike from the last ride, fix it as soon as possible and don’t leave it lingering, otherwise you’ll forget about it and it will be there again when you need to grab that ride in a rush – keep everything serviceable – fixing things is good fun and a good way of learning how it all works and how to prevent ‘mechanicals’!

Putting something back in… I get a heck of a lot of pleasure from coaching the junior runners in the Settle Harriers. Running forms the backbone of most sports and is probably the easiest, cheapest and best way to stay fit. Developing the young athletes and seeing them improve is very satisfying, making running ‘fun’ is also important.

And then there’s the organising of stuff, having done probably a hundred navigation based races over the years , you begin to know what to look for when you come to create your own. I have done several for the British Mountain Bike Organisation (BMBO) and for Open Adventure. The BMBO are always on the lookout for people with the local knowledge and ‘way-for-all’ with planning an event. It is deeply satisfying going out and recceing the routes and then drafting the map and looking at the route options and other pit-falls and gotchas.

Finding the balance and involving the family. There never seems to be enough time to do everything you want to do, also I can tell you exploring and adventure is very addictive – the more you do, the more you want. So you have to be creative, bring the family into wherever possible, re-visit your best child-hood adventures – be it raft building, or making a tree den, or finding hidden animal trails through the forest. Always be inventive with time and remember you do need to some time to relax! 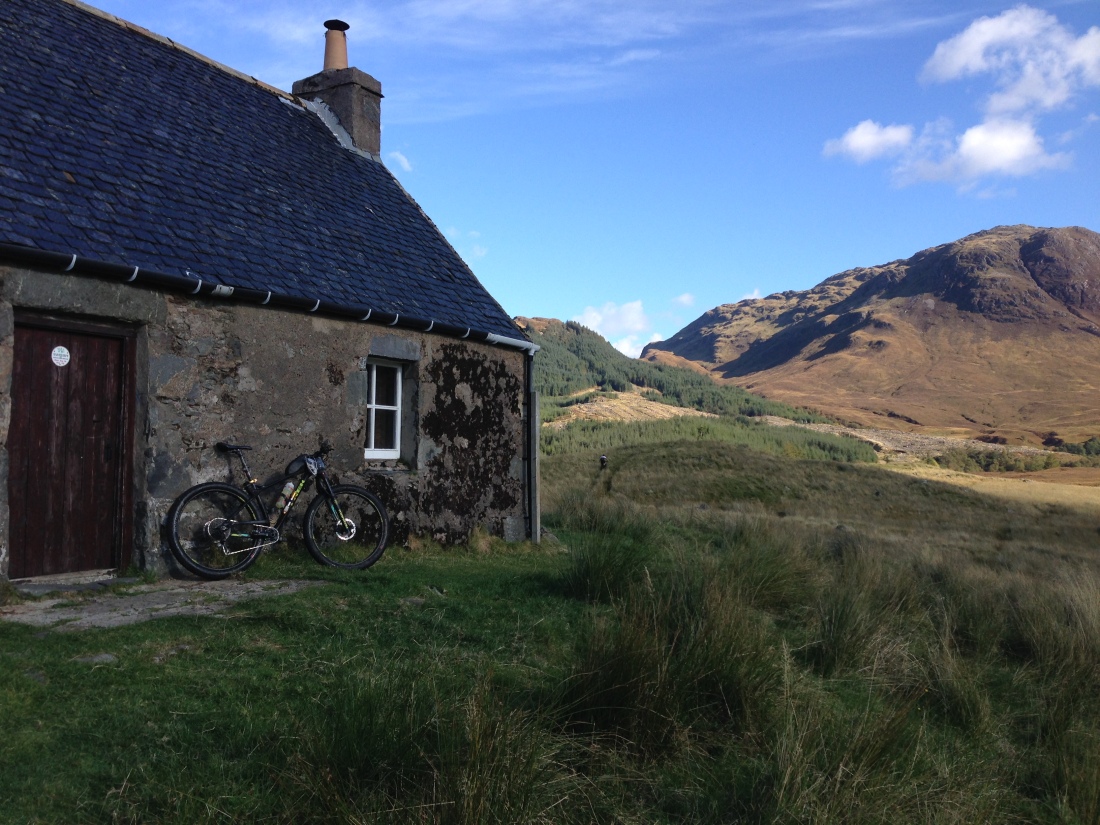 If you need help, or want inspiration or suggestions please just give me a shout . Have fun out there and I hope that reading this has helped ‘sow the seeds’ for something…

A bivvy close to home!

The adventure stats so far this year (2017) look like this…10 nights on the bivvy, usually under stars

18 nights in the comfort of the bothy

Numerous nights in the van 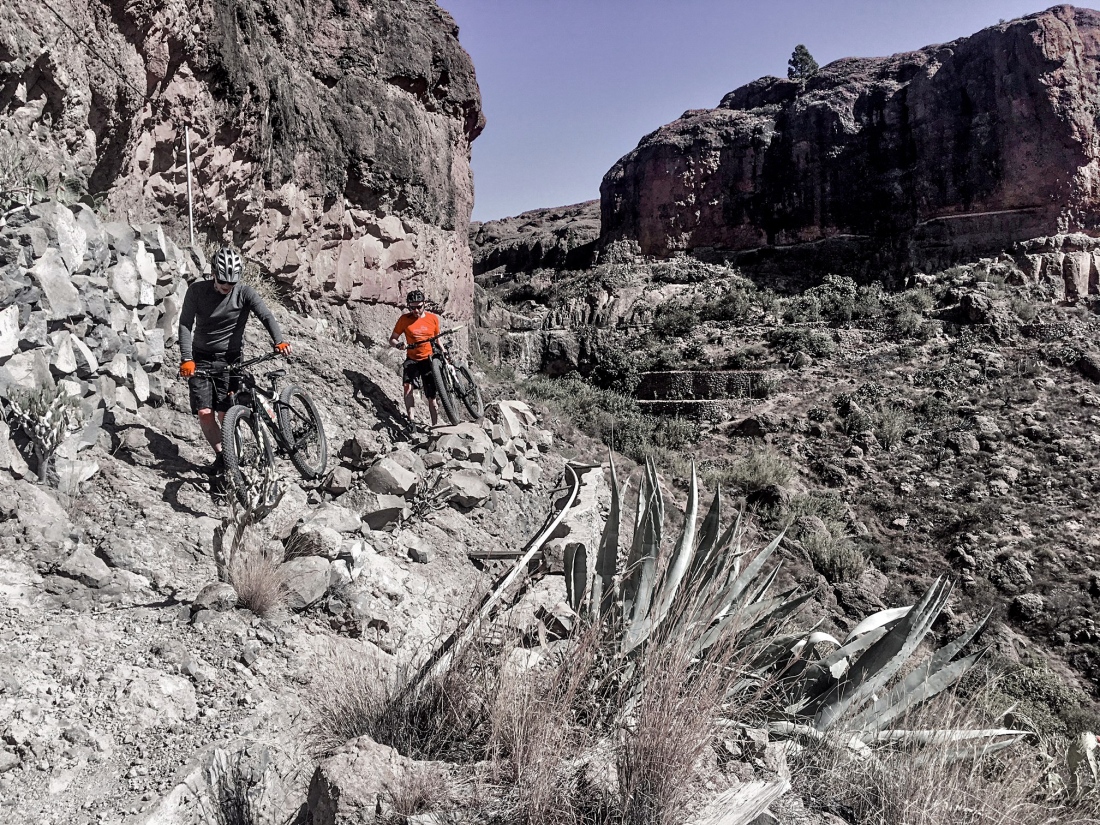